The rose Juliet is a member of the ‘David Austin Wedding Roses’ collection. In the year 2000 David Austin began breeding for cut roses with the shapes and fragrances of old Garden roses but with the vase life of a commercial cut varieties.

The David Austin Wedding Rose Juliet™ was the first of David Austin’s Cut Roses to be released and is sometimes known as the ‘£3 million rose’. After over fifteen years of intensive breeding, Juliet combines the beautiful cupped rosette form of old roses with a very contemporary colour.

The unusual and sophisticated colour of the David Austin Wedding Rose Juliet™ was not found in roses of the past and is hard to find among modern roses. Pale peach buds open to reveal deeper inner tones neatly arranged within the heart of the bloom. Beautifully cupped rosettes are held elegantly upright on strong stems. Juliet deserves its place as our most popular variety. A light fragrance reminiscent of snowdrop and daffodil.

The David Austin Wedding Rose Juliet has the lightest fragrance of our cut roses. Despite this, it is always one of the most popular of our cut roses for weddings, commemorations, events and special occasions.

The large, elegant blooms made Juliet utterly different from most other contemporary cut roses. When fully open, the blooms reveal many neatly-arranged petals nestling in folds within the heart of the bloom.

Buy this Rose
See other Roses

The Story behind David Austin Roses

David Austin was born in 1926 on the farm where he lived all his life. He is the son of a farmer and began farming before going into business as a nurseryman in the early 1960s. From an early age, he has been interested in gardening.

In the 1940s, a copy of George Bunyard’s book on old roses gave him the idea of crossing old roses with modern roses. The old roses – that is the Gallicas, Damasks, albas, etc. – had all but died out at that time. His objective being to create new roses in the style of old roses, thus combining the unique charm and fragrance of old roses with the wide color range and repeat-flowering qualities of modern roses. He was also particularly interested in producing well-formed shrubs that would make good garden plants.

In the year 2000 David began breeding for cut roses. He was looking for roses with the shapes and fragrances of old Garden roses but with the vase life of commercial cut varieties. Tambuzi, Rosaprima, and Alexandra farms amongst others are growing these varieties for the cut flower markets of the world and they are testing dozens of new varieties for introductions in the coming years.

David Austin died in December 2018. He will be remembered as one of the greatest rosarians and rose breeders of all time who is responsible for creating the world’s first horticultural brand. With over 240 varieties to his name, David Austin was still absolutely passionate about developing new varieties of English Roses until the very end. He died already knowing what the future may hold, having planned and undertaken the next crosses, which will hopefully create a new rose that will be introduced in nine years’ time. 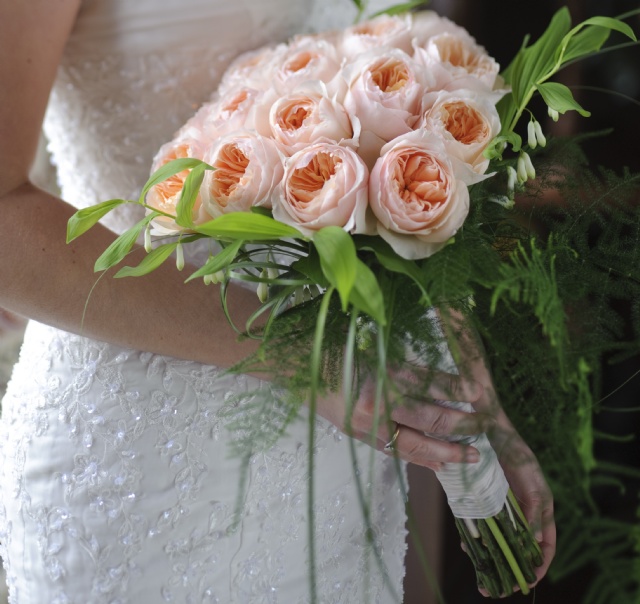 While roses naturally flower in gardens only during summer and autumn, David Austin's cut roses are available all year round. This makes them the perfect choice for bouquets, events, weddings and celebrations at any time of the year.

A Lifetime of Breeding Excellence In the early 1950s David Austin set out to create a more beautiful rose. Sixty years on, this simple objective remains. From a hobby breeder as a young teenager David Austin has gone on to breed a collection of roses renowned across the world.
About us
David Austin Wedding roses, Meilland Jardin & Parfum roses and many more luxury roses. Selected on their looks and fragrance. Lost and forgotten varieties, but also new breeds.
SOCIAL
Quick Links
ADDRESS
Copyright Parfum Flower Company. All Rights Reserved © 2019
Contact Us

We're not around right now. But you can send us an email and we'll get back to you, asap.